Leigh was one of Susan's longest serving members and was appointed to several positions during the seven plus years she was at Susan's. At the time of her passing she was the Forum Administrator. A highly respected, much loved member of Susan's, Leigh always spoke her mind and was someone who could be relied on to always provide sound advice to the membership. Leigh had a wealth of knowledge and was always upfront and quite frank with her opinions and feelings leaving no doubt as to where she stood on the many issues discussed in the forums. She was admired for her honestly and determination. Leigh Ann Sparks passed away on September 9th, 2006 from a cancer which ravaged her body. She was 60 years old, and taken from us much too soon.

Leigh was admitted to OHSU on Monday, September 4, 2006. She was not feeling well. Subsequent testing indicated widespread cancer in everything from her brain down to her vital organs. She passed away peacefully at approximately 1130 hours on Saturday, September 9, 2006." She did not die alone, her leather Dad, Cyd Athens was there at her side.

The memorial service was held at the Egyptian Room 3701 SE Division, Portland, OR, 97202-1547, on Sunday, September 17th at 4pm PST. The Egyptian Room is a local lesbian bar she frequented. 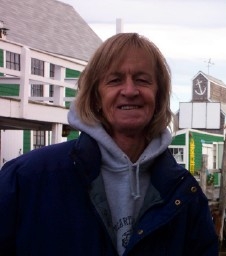 Some recollections about Leigh

(Please feel free to add your own also!)

Letter to the editor

As a woman who is part Athabascan living in Oregon, I am compelled to ask why in part of this editorial (Empire editorial, Jan. 23), blacks was spelled with a lower case "b" but Natives was spelled using a capital letter? Why the use of the word blacks in the first place? Gays and lesbians can be closed-minded and condescending about heterosexuals, just as blacks and Natives can be hateful toward whites. The idea is to eliminate intolerance from all directions.

Leigh would not want us to be sad, but to celebrate her life. She was a great person who will be missed and remembered by all those who knew her.

This page was originally authored by members of Susan's Place Wiki Staff.